Since catching my first trans-pacific BCB signal a few years ago, and this reception of 4QD earlier this year, I get a little obsessed with the effort each year during this time.  If I’m not DXing live during sunrise, then I usually have the Perseus recording segments of the AM band with the hope of catching these elusive DX signals.  Such is the case here, taken from a spectrum recording I made on the morning of September 2nd, 2015.  Below are screenshots showing weak AM carriers between 1602-1701 kHz captured on this recording from my listening location in Michigan.  These high band “DU” signals are always best on my reversible double kaz delta loop antenna, switched such that it favors reception from the North while blocking signals from the South.  These signals are not present on my South-West phased BOG array and aren’t present when I reverse the D-KAZ.  From what I gather, these Australian stations at the upper end of the dial are fairly low powered, just shy of 500w according to the stats on mwlist.org.  The spikes on the spectrum display represent the weak signals presumably coming from these low powered stations.  It’s interesting to measure the frequency offset of these stations and compare with those documented on the MWOffset list. 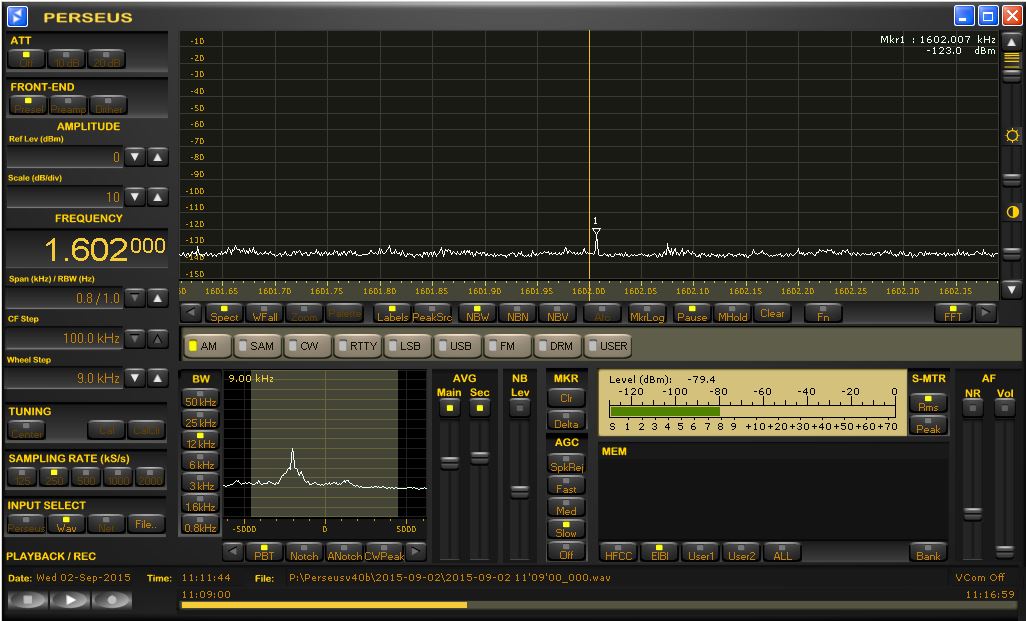 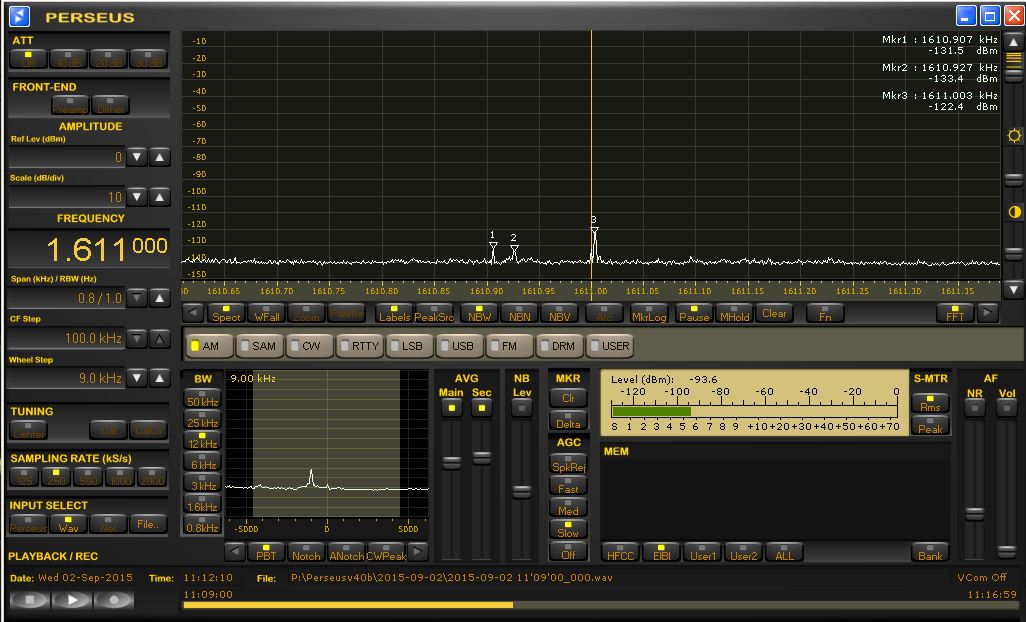 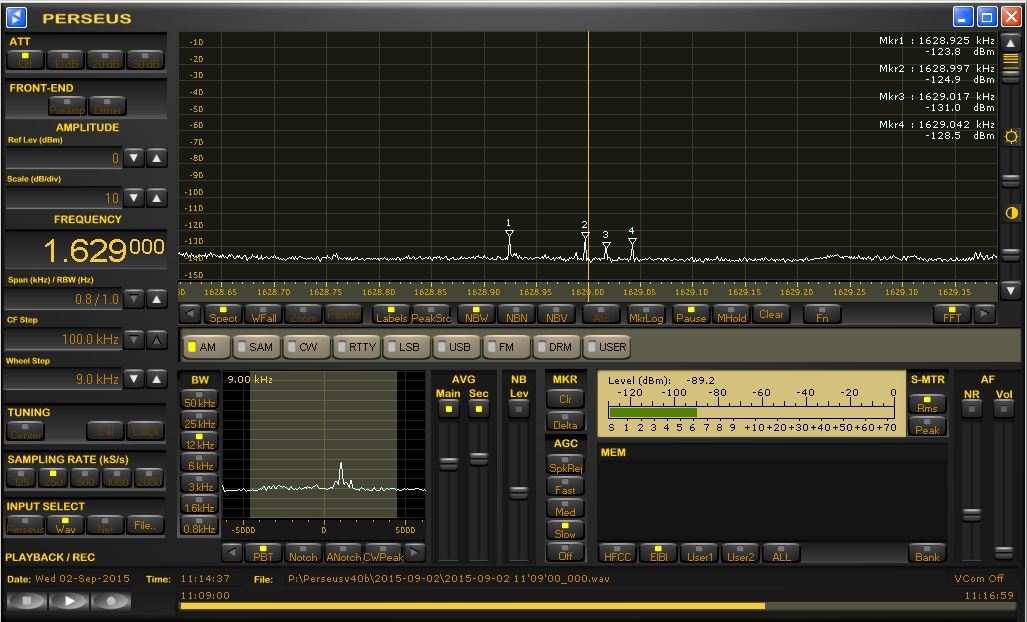 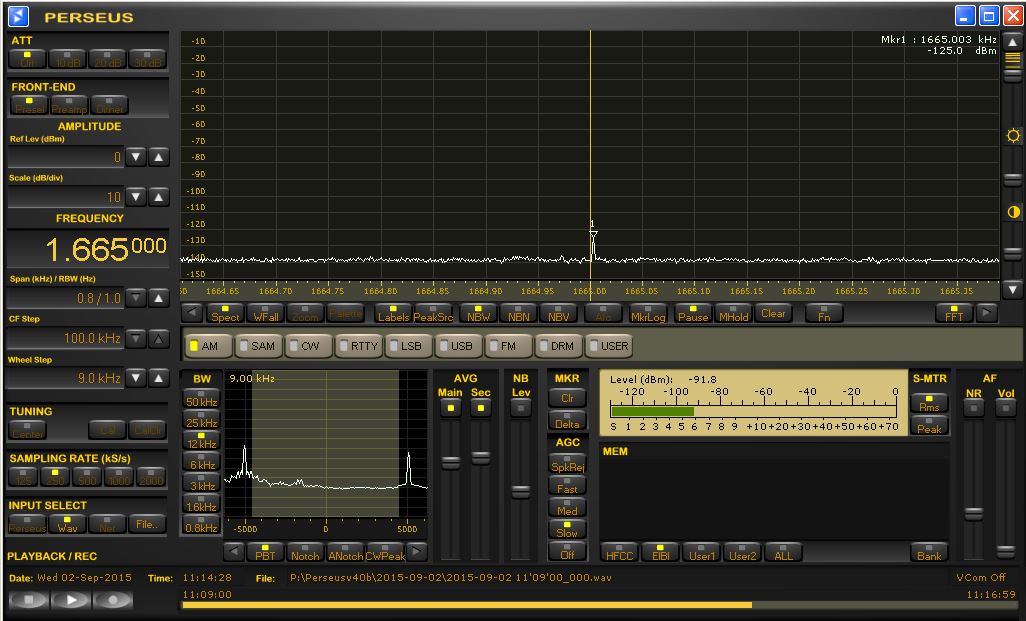 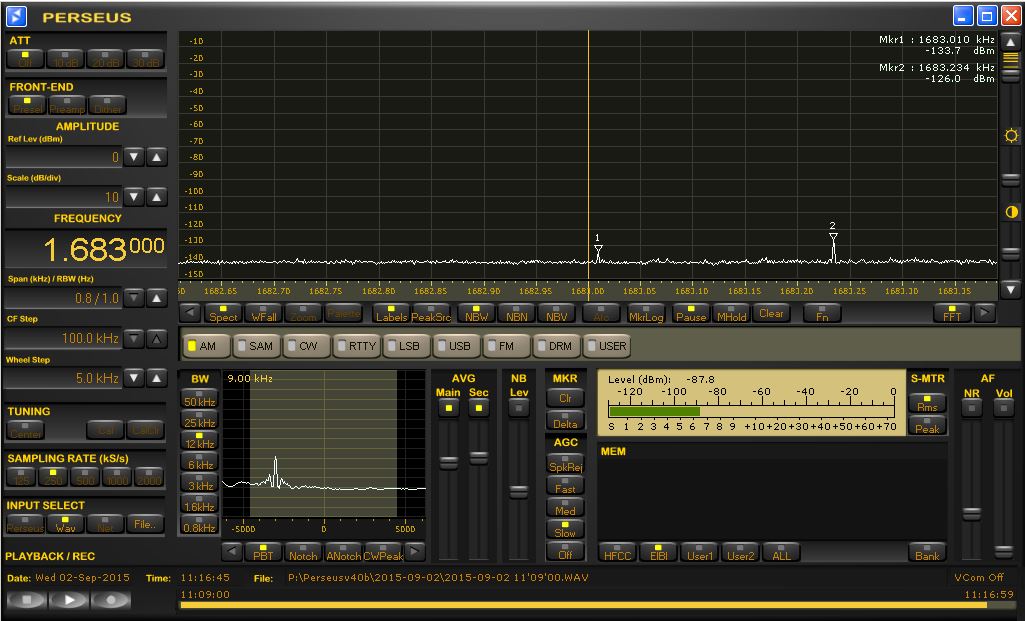